Are there any red lines Russia is not ready to cross in the war with Ukraine? On the 18th day of the war, it seems that they do not exist. In recent days, information has been increasingly being heard from various sources that Russia is already ready to use chemical weapons.

On the ground, the Russian army is rather weak. Therefore, only bombardments from the sky and the use of harmful chemicals remain. Today we want to talk about the latter in more detail. What is fraught with this or that chemical weapon? And what to do if the enemy uses it in his dishonest fight. Read on. Let's try to break it down.

The damaging effect of chemical weapons is based on toxic chemicals. First time, such weapons were used by Germany during the First World War. On April 22, 1915, a massive chlorine attack was carried out on the Western Front in Belgium near Ypres. 180 tons of chlorine were released into the air, thus poisoning about 15,000 people.

Chemical weapons lead to the defeat of the enemy's manpower, reduce combat capability, and disorganize troops. But of course, civilians also suffer from the use of toxins.

There are two main groups of chemical weapons:

According to the type of impact on the human body, agents are divided into:

According to the speed of exposure to agents, can be:

How to recognize and what to do

If you hear a hum or explosion followed by a strong odor, the enemy may have used a chemical weapon. If you are outside at the same time, try to find out where the source of danger is located and start moving in a direction perpendicular to the direction of the wind. If there are obstacles along the way and you can’t get far, look for the nearest building where you can temporarily hide. Next, you need to act depending on the type of TB used. Usually, it is ammonia or chlorine.

Chlorine: signs of poisoning and protection

Chlorine is one of the most common chemical weapons. It may well be used by Russia. It was with this substance that Russian troops poisoned the inhabitants of Syria.

Liquid chlorine solution is used for cleaning and disinfection. The smell of chlorine is well known to everyone. It is very sharp, with a metallic sweetish aftertaste. Remember how it smells in a school or hospital bathroom after cleaning, and how it “eats” the eyes in such a room.

Only with a chemical attack, the concentration is much higher. In this case, as a rule, chlorine is used in gas cylinders, which are fired from special gas guns. Vapors of chlorine creep low on the ground in the form of fog. They can penetrate into the lower floors and basements. The substance is highly irritating to the respiratory system, skin, and eyes.

“hide” at the top against chlorine

In the event of a chlorine attack, remember that this gas is heavy and sinks to the ground. To minimize its impact, you need to climb as high as possible, for example, on the roof of a house or on the top floor of a high-rise building.

If you stay at home, be sure to perform emergency sealing of all cracks and vents.

If leaving the accident site down the street, avoid tunnels and ravines. They have the highest concentration of chlorine. When moving down the street, try to cover your nose and mouth with at least clothes.

When you leave the danger zone, take off your clothes and leave them outside. Take a shower, rinse your eyes and nasopharynx. A 30% solution of albucid can be dripped into the eyes, and olive oil into the nose. If the respiratory organs were affected, fresh air, warm water inhalations will help (you can add a little vinegar or citric acid to the water).

What kind of protection can be used

The action of chlorine is neutralized by alkalis. To protect against it, you can use gas masks, gauze bandages moistened with water or a 2% soda solution (about 1 tsp per glass of water). Another important point: chlorine is well adsorbed by activated carbon. Carbon prevents the toxin from entering the bloodstream.

Chlorine poisoning can make itself felt:

If these symptoms appear, consult a doctor.

Ammonia: signs of poisoning and protection

Ammonia is a colorless gas with a suffocating, pungent odor of ammonia. It is 2 times lighter than air, so its vapors rise up.

Why is ammonia dangerous?

High concentrations of ammonia can lead to respiratory problems and severe coughing. This gaz also affects the eyes and can make a person blind. From the point of view of the nervous system, such consequences as disorientation, dizziness, and a decrease in concentration are possible.

Hide from ammonia in the basement

Since ammonia vapor rises, you need to hide from it below ground level. Go down to the cellar or basement, where ammonia will not get you. A gauze bandage will provide additional protection. It can be left dry or soaked in a 5% citric acid solution (acids neutralize the action of ammonia).

If you are indoors and cannot leave it, close all windows, cracks and ventilation openings as tightly as possible. To do this, you can use any means at hand: adhesive tape, adhesive plaster, paper, any fabric products. Emergency sealing will prevent gas from entering or minimize its concentration.

If you are hit by gas outside, cover your nose and mouth with clothing and try to get away from the point of an accident as quickly as possible. You can hide in a ravine or other recess.

If there are signs of ammonia poisoning

The first signs of ammonia poisoning are rapid pulse, nausea, pain in the eyes, coughing, shortness of breath, and a state of delirium.

To minimize the detrimental effects when leaving the affected area:

To lead to irreparable consequences, the body must be exposed to concentrated ammonia for more than 1 hour. Such conditions are unlikely because the concentration of harmful gas in the air decreases rapidly. Ammonia can cause moderate damage but is virtually non-lethal. In terms of its harmful effects, this substance is significantly inferior to chlorine or sarin.

Sarin: signs of poisoning and protection

Sarin is an organophosphate nerve agent. Iraq used sarin against Iran in the 1980-1988 war. Sarin vapors are spread in the air by short bursts of fire from artillery, missile strikes, and tactical aircraft. The propagation range is up to 20 km. Durability in winter - up to 2 days, in summer - several hours.

The substance is odorless and enters the body through the respiratory system. It can also be absorbed into the skin. Sarin affects the central nervous system. It can lead to blurred vision, heaviness in the chest, shortness of breath, nausea, vomiting, headache, convulsions, loss of consciousness.

Means of protection - a gas mask and, in case of poisoning, antidotes (atropine and diazepam). You can avoid infection in specialized sealed shelters, which are not available in our country. But most likely they won't be needed. In 2017, Russia was supposed to destroy all stockpiles of sarin as part of its international obligations. Of course, Russia in the war with Ukraine took the path of demonstrative war crimes. Therefore, we cannot 100% deny the possibility of Sarin being used.

Mustard gas is a colorless liquid with a garlic or mustard odor. Mustard belongs to the substances of the skin-abscess action. It causes ulcers on the skin. This substance is commonly used against the military to incapacitate them and reduce their combat effectiveness. If it gets into the eyes, mustard gas causes blindness, if it enters the lungs, it causes respiratory failure.

Treatment of affected skin after mustard gas involves decontamination (deactivation of the toxin with sodium hypochlorite solution) followed by measures similar to the treatment of burns. In parallel with this, if necessary, provide breathing support.

Our tips are aimed at ensuring that you can protect yourself in case chemicals are used by the enemy. Forewarned is forearmed.

But remember that in any case, victory is ours. 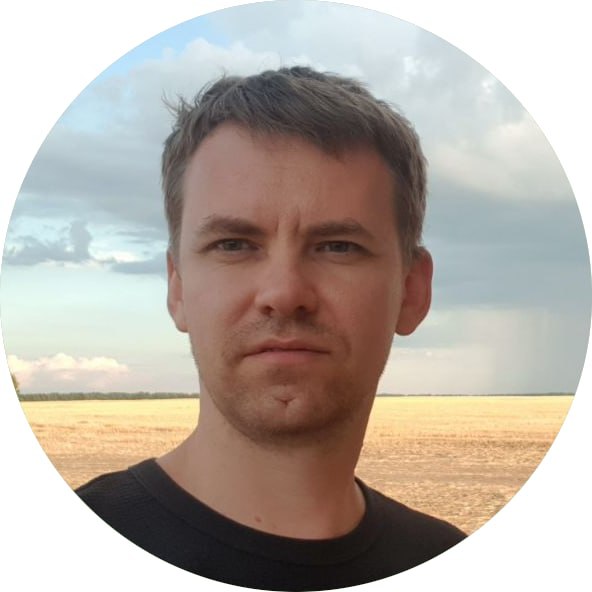 To download Costless, scan this QR code with your smartphone camera. 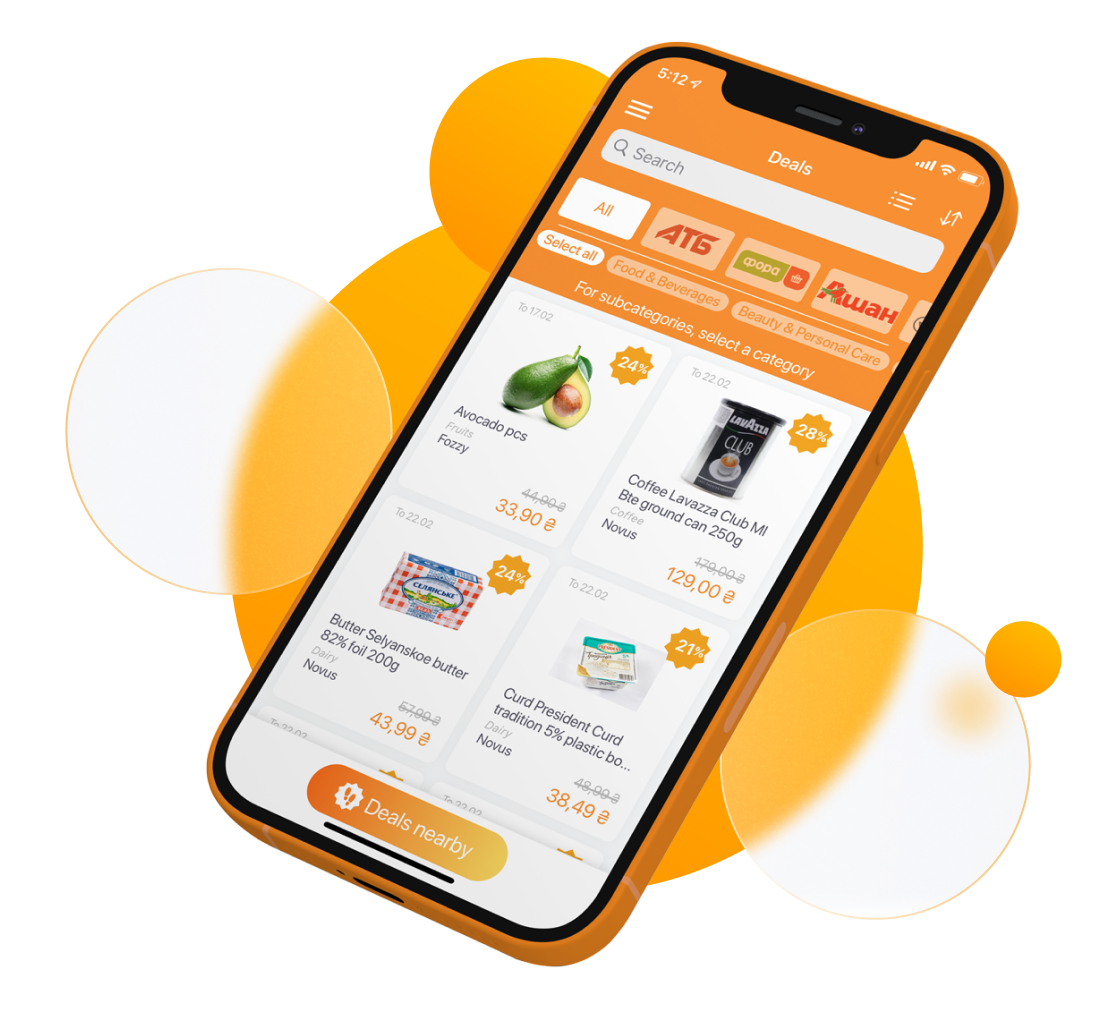 How can I help during the war?

Chemical weapons: what to do if the enemy uses it?

Successfully subscribed to the news.

Turn up to us
© Costless 2021. All rights reserved.
Write to Costless team